Kalorama is one of the city’s most exclusive neighborhoods because of its roster of residents. The Kalorama neighborhood derives its name from a large house built in the late 1700s which was eventually renamed as “Kalorama” which is Greek for “beautiful view.” The quaint neighborhood tucked into northwest DC generally draw its borders with Calvert St NW on the north, Rock Creek on the west, Massachusetts Avenue on the south, and Connecticut Avenue and Columbia Road on the east.

Kalorama is most known of being home to some of Washington’s most elite residents. Many Presidents including Woodrow Wilson, William Howard Taft, Franklin D. Roosevelt, and Barack Obama have called Kalorama home. Other prominent Kalorama residents have included Supreme Court justices, cabinet secretaries, senators, and Jeff Bezos.

Top Condominium Neighborhoods in the District of Columbia

How to Buy a Condo in Kalorama, Washington, DC

6 Things to Know Before Buying a Condo

Do you want to buy a condo? That is awesome! Whether a first-time homeowner, moving to a new city, or investing in a rental property, buying a condo can be a great decision. However, buying the right condo for you is a very personalized decision. Everyone wants different things in their perfect home and you need to find the condo that delivers what matters most to you. 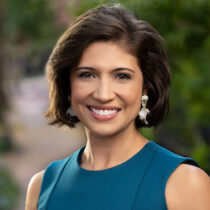